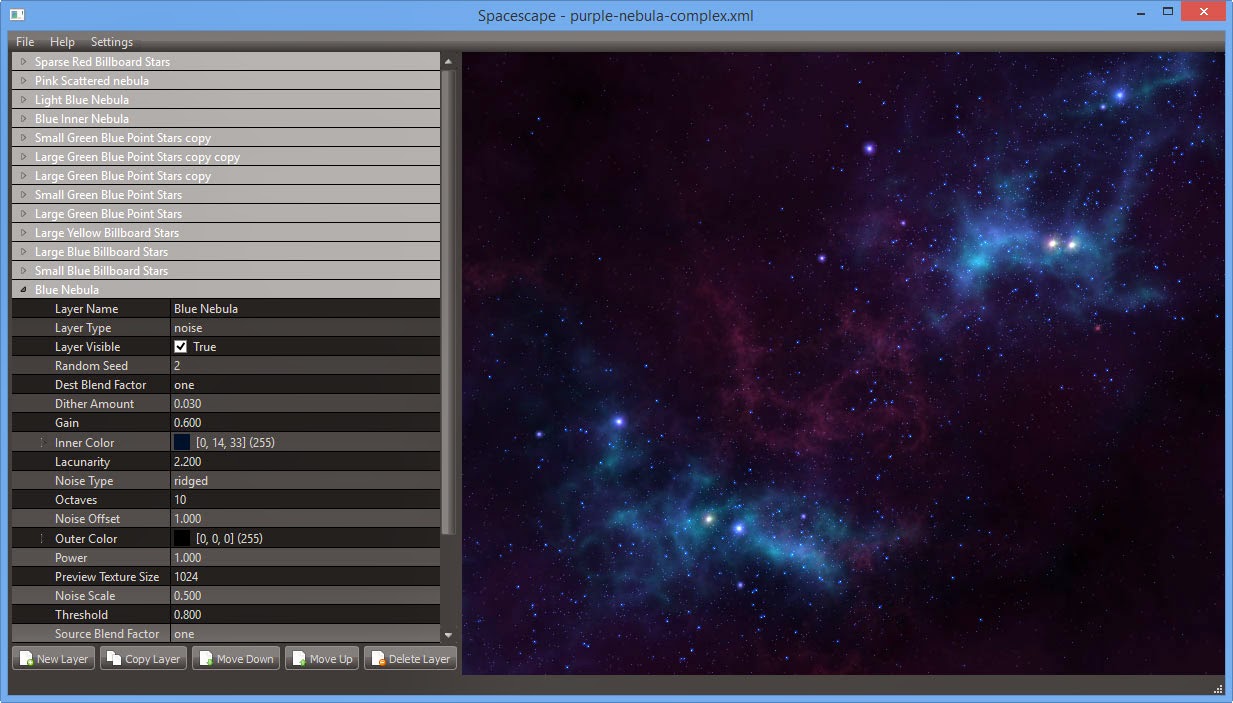 If you were waiting for Spacescape to run on OSX, your wait is over! Not only is it over, Spacescape got some requested features that are really cool. 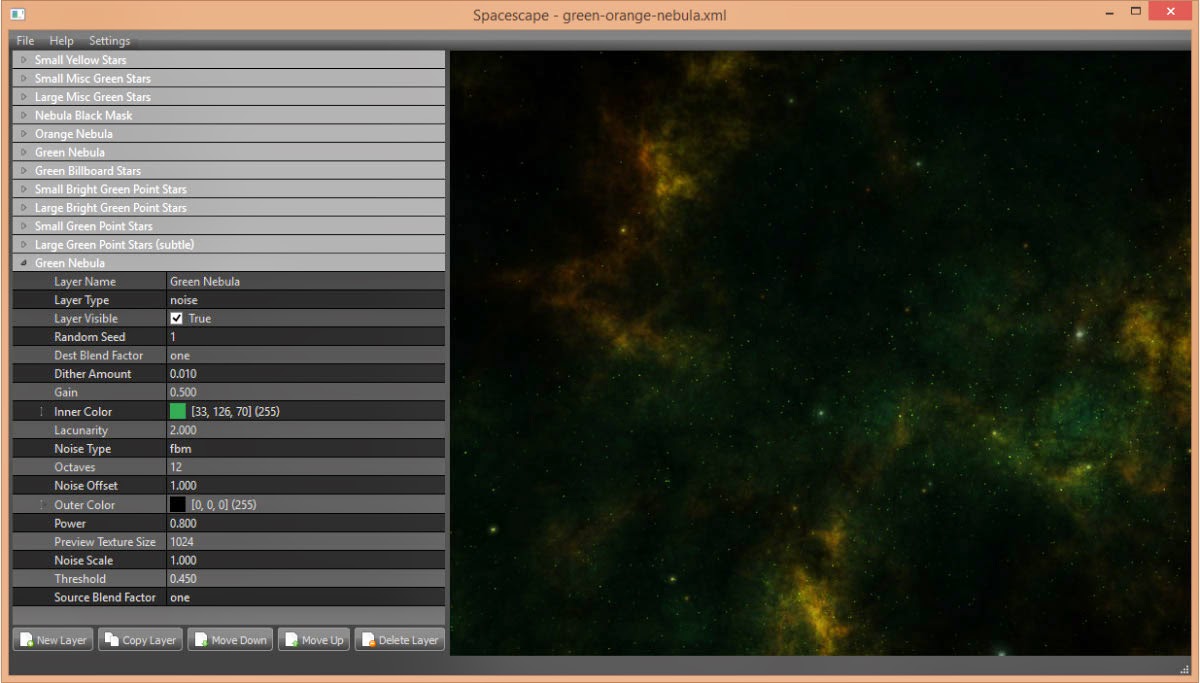 About this HDR thing..

You can thank the good folks at NVidia Demos for financing the addition for a recent demo they released!  You can see part of the Spacescape generated HDR starfield with actual star values, positions, brightness values, colours and some generated nebulas around 6:54.

It's really cool, but for most games you'll probably stick with non-HDR because you just don't need the extra data.  HDR skyboxes are cool when you want to accurately adjust the exposure in your game for, say, a daytime scene when the stars are not visible because the atmosphere is so bright, and then as night comes and the atmosphere is no longer bright the stars become visible.  Keep in mind a few things:

There's lots left to do

And that's an understatement.   Spacescape is nothing like the final tool I want it to be. I want to implement a simple mode for non-wizards, and a skybox library - a way to share skyboxes from within the app amongst many other things.  I'd also like improve the way layer masks work and possibly add terrain and planets!

To add all the features I want would take a lot of time.  I was only able to add in these recent features because Nvidia was able to help pay for those hours.  So I'm considering putting up a kickstarter or indiegogo project to get the other features funded.  Maybe nobody will notice? On the other hand, Spacescape has been downloaded 41,000 times since I posted it in 2010.
Posted by alex peterson at 6:52 PM

I hope this isn't abandoned--because it's @#$%ing awesome!

This seems like what I've always wanted out of HDR software. I wasn't really satisfied with Photomatix Pro. I had a harder time getting a natural look out of it. As much as people do not like Lightroom HDR, I was able to get much better results out of it that look much higher resolution or something. The quality of the photo seems different, even when doing 32 bit. This program seems to be exactly what I was looking for. The price is outstanding. I'm sure this will be the most popular HDR software within no time.﻿
Read more

I was wondering could I use my WD external 1TB HDD that i have setup and connected to my windows laptop and also use it on my iMac for the time machine function? I want to use the HDD for both windows and mac, but since it was formatted on my windows computer and i have data saved on it will it be possible without losing data and what would be the procedure on setting up my HDD on the time machine? ﻿